There are two main options for Stereotactic Biopsy:

Upright systems are available for almost every mammography system. They are very rare and today, Hologic is the only company that really pushes these systems. With that said, the numbers are very low. 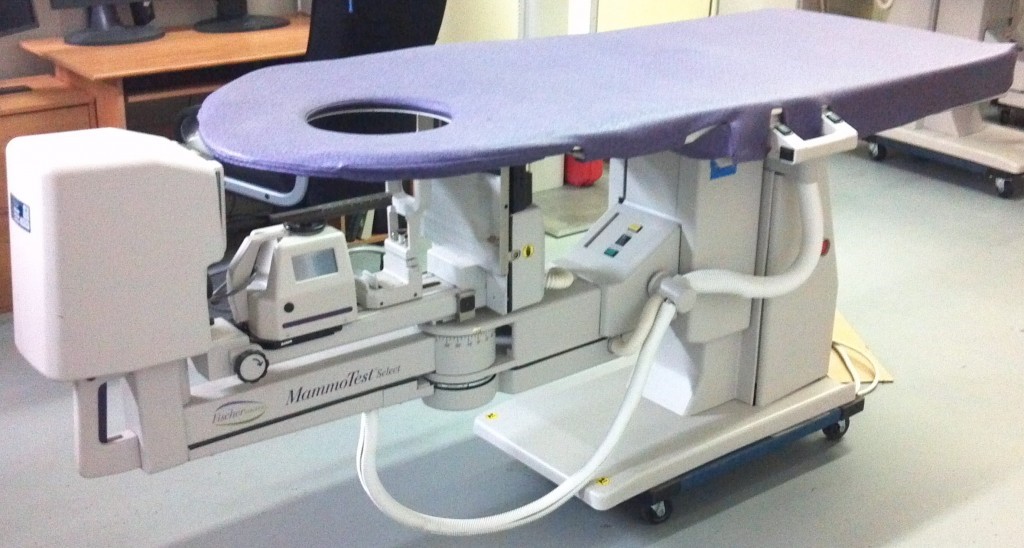 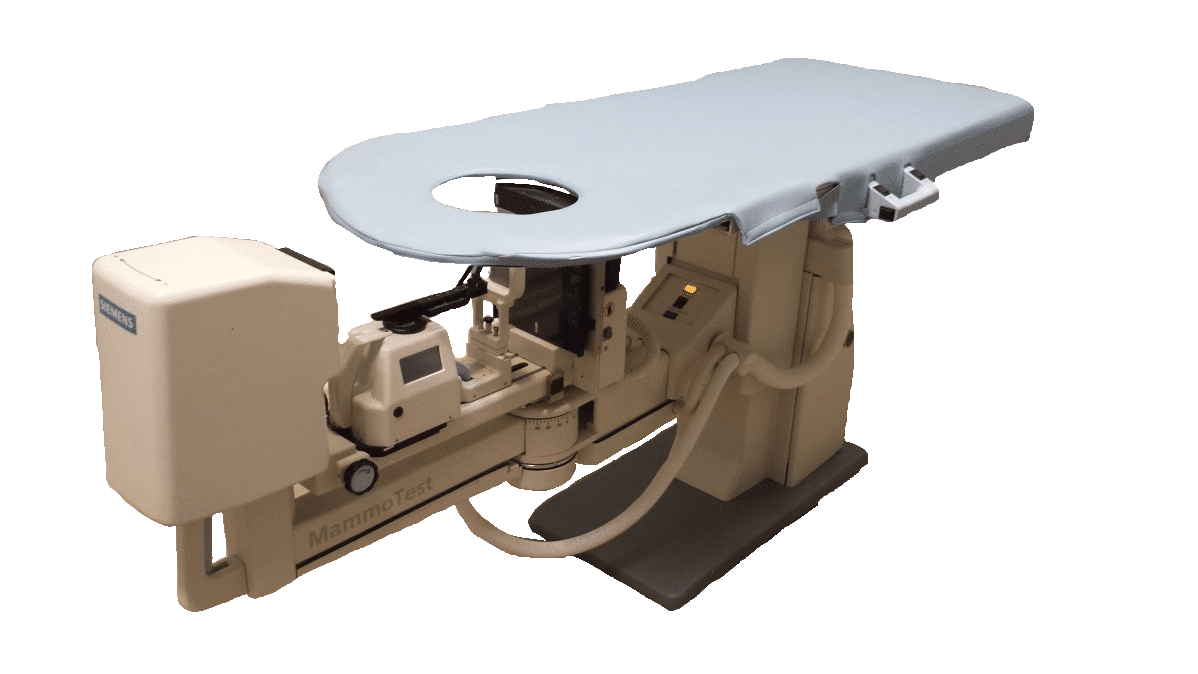 History of the Mammotest table:

The Mammotest table was first produced by Fischer Imaging and held market share for many years. Fischer introduced the extended version (Plus, Plus/S, Elite) in 1998. This allowed a lateral approach from below, Windows software, and the surgical Autoguide (touch screen).

Hologic purchased the IP for Fischer Imaging’s Mammotest table and SenoScan screening unit in 2004, and Fischer stopped producing systems in early 2005. Kodak purchased the rights to become factory service for these products. While this took place, Mammotest products were not produced. Kodak later sold off the medical group and it became Carestream Health.

After many complaints from customers, the FTC forced Hologic to sell the Mammotest product because they became a monopoly for Stereotactic Biopsy Tables. Sometime later, Siemens Medical purchased the rights and reintroduced the Mammotest system in 2007 with some minor changes. By this time, Hologic was able to take over market share and dominate the sales of new tables. Siemens was never able to gain ground and ended up stopping production of the systems and eventually selling the product to Mammotome. 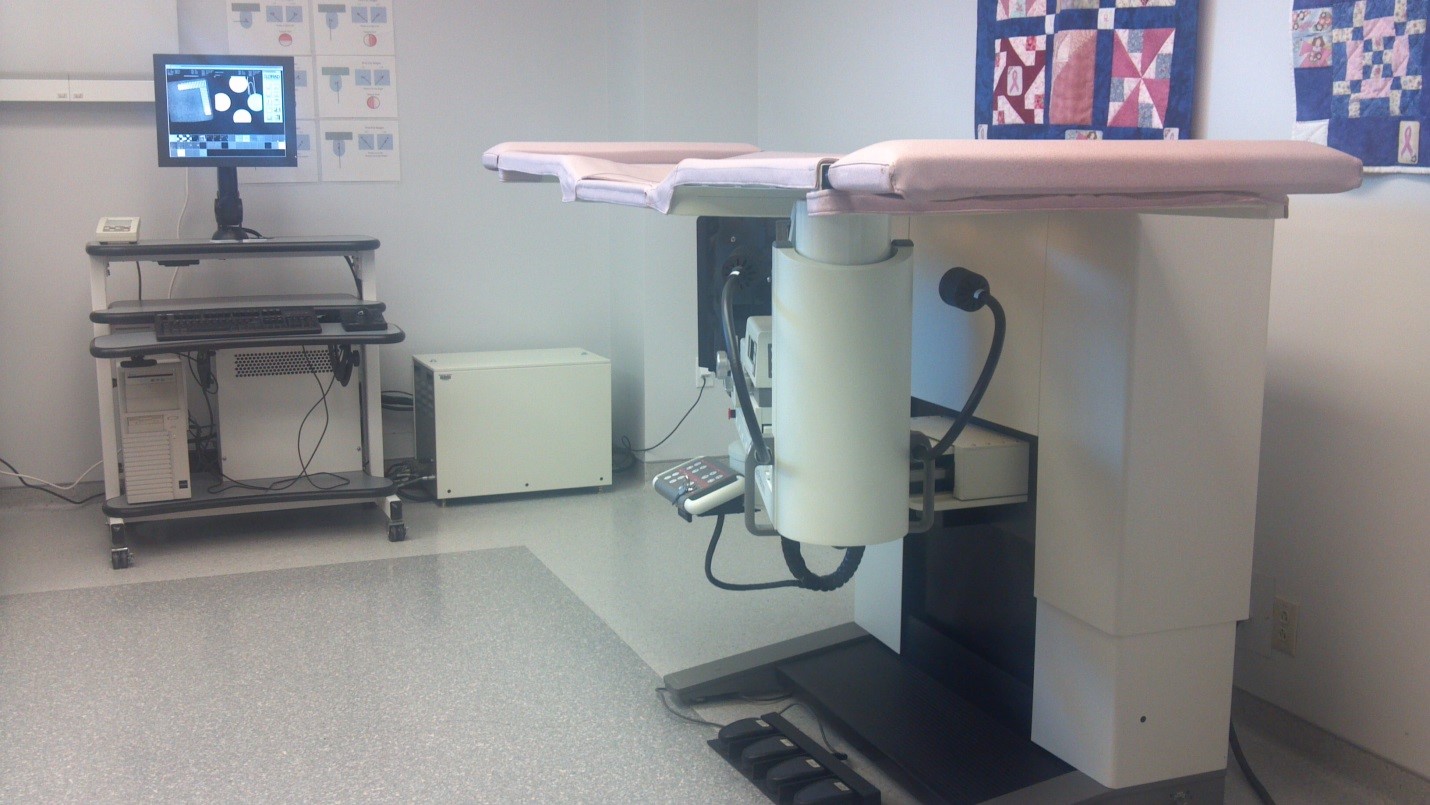 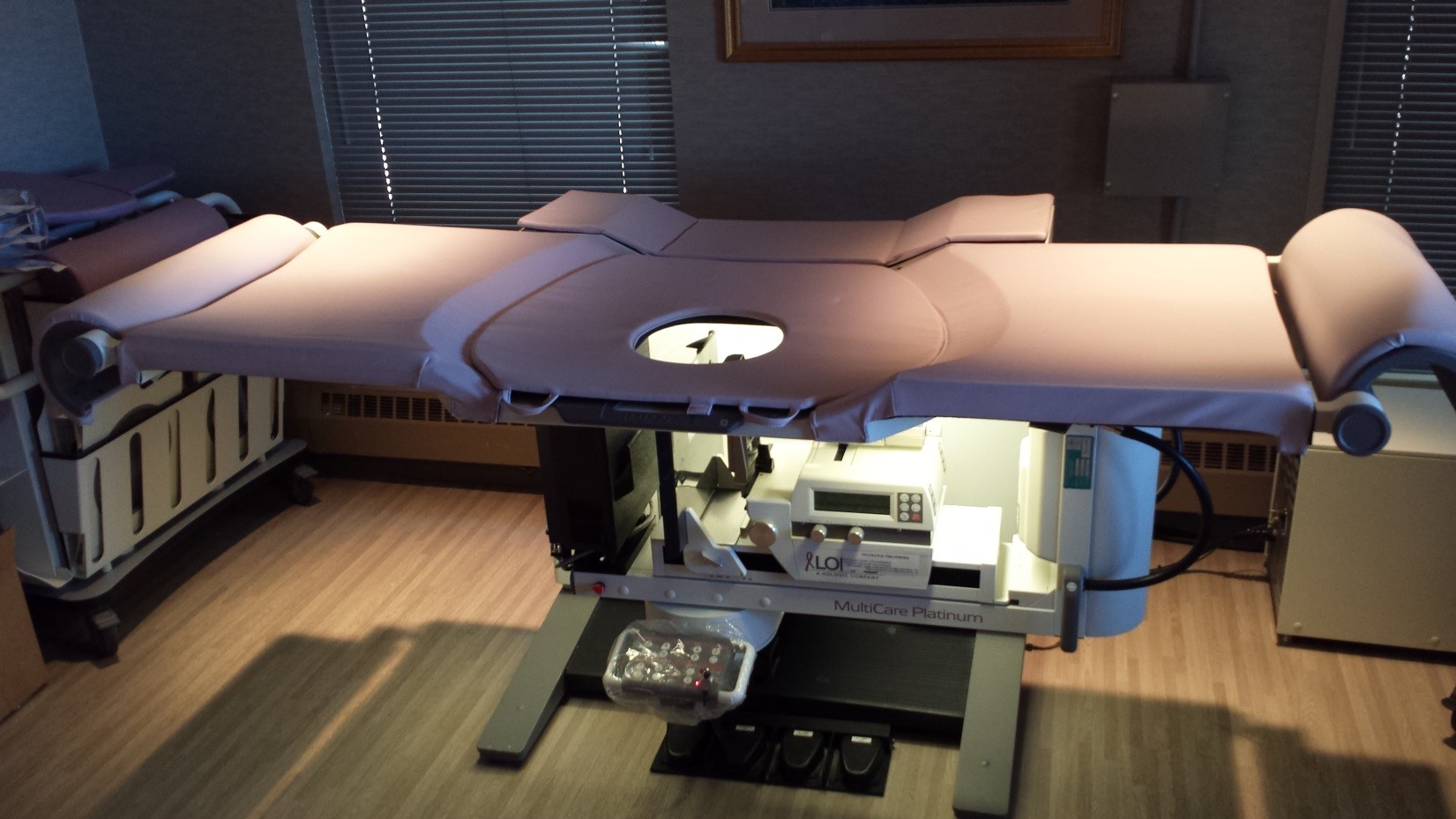 History of the Multicare Platinum

The ABBI table (Prior to MCP) was manufactured by Lorad. The company was purchased by Hologic and released the Multicare Platinum (MCP) sometime around 2005/2006. The MCP was upgraded with the comfort package around 2012 and a few MCP units were upgraded to the newest configuration.

What are the differences between the MCP and comfort package upgraded versions:

What are the differences between the Mammotest and MCP tables? (Affirm not included in comparison)

Mammotest advantages over the MCP:

MCP advantages over the Mammotest:

What about Image quality?

The Mammotest camera and the MCP camera are both 1Mp CCD’s that use slightly different technology to acquire and process the images. By most opinions, the image quality is very similar. The exception is the new software allows the Mammotest to produce superior image quality over the MCP and the old software on the Mammotest systems.

What about serviceability and parts?

Hologic/Lorad: Always owned by the same company and the systems are very similar with mostly interchangeable parts. There are plenty of Hologic service engineers and usually options for third party service and parts.

Mammotest: Owned by multiple companies. After Fischer closed in 2005, there were issues with service engineers and training for them. The new company is doing a better job as OEM for service, but they are limited and new. There are a few very good FSE’s that specialize in this table and most parts are interchangeable.

NOTE: Most the service manuals for both systems are misleading at best. Because stereo biopsy is so specialized and very few tables exist, there are not many well trained service engineers in this industry (including the OEM’s). We pride ourselves with being one of the few companies that are experts in stereo biopsy!

We are the leading Experts in the United States for Stereotactic Biopsy Service and Parts. We will travel anywhere in the country and still beat OEM pricing for both Preventative and Corrective maintenance. Contact our service team today for assistance!