Contact us now for a quote or additional information about our products. 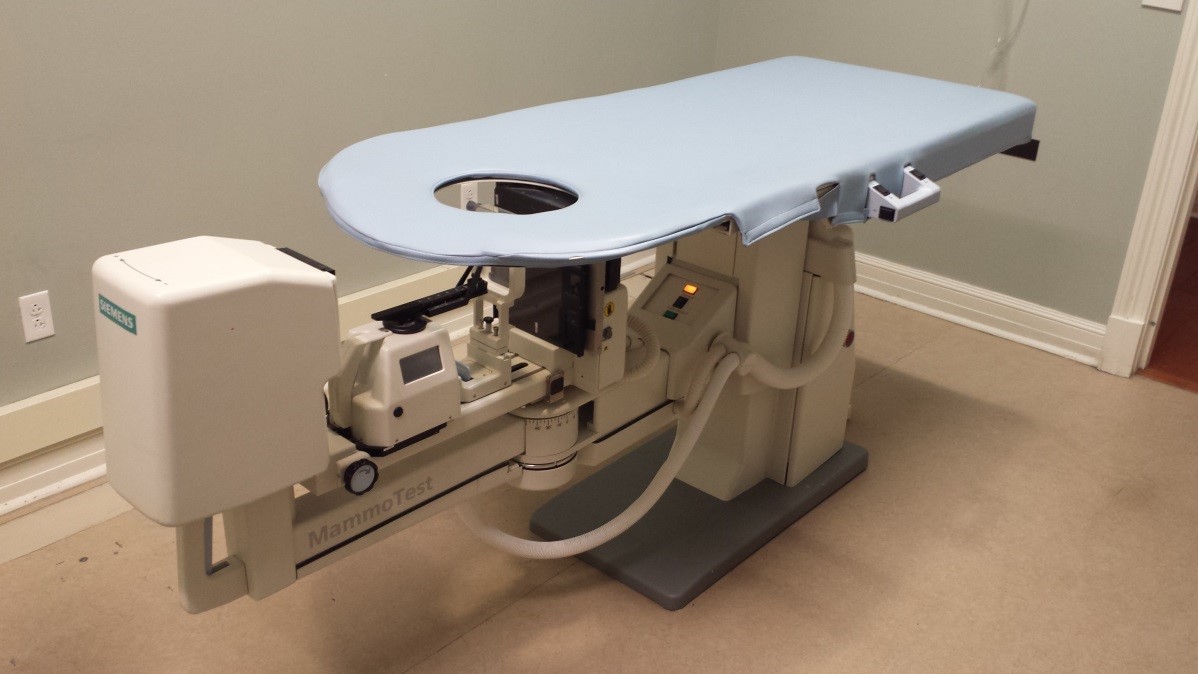 We are the leading Experts in the United States for Siemens Mammotest Biopsy Service and Parts. We will travel anywhere in the country and still beat OEM pricing for both Preventative and Corrective maintenance. Contact our service team today for assistance!

Call us today at (720) 884-7771 We provide next day service anywhere in the country to get your system up and running properly!

Email us today for more information!

The Mammotest breast biospy system is recommended to have a PM (preventative maintenance) service twice per year. Our expert engineers will come to you to perform your Mammotest Service...Anywhere in the country!

About the Mammotest Breast Biopsy System

The Mammotest table was first produced by Fischer Imaging and held market share for many years. Fischer introduced the extended version (Plus, Plus/S, Elite) in 1998. This allowed a lateral approach from below, Windows software, and the surgical Autoguide (touch screen).

Hologic purchased the IP for Fischer Imaging’s Mammotest table and SenoScan screening unit in 2004, and Fischer stopped producing systems in early 2005. Kodak purchased the rights to become factory service for these products. While this took place, Mammotest products were not produced. Kodak later sold off the medical group and it became Carestream Health.

After many complaints from customers, the FTC forced Hologic to sell the Mammotest product because they became a monopoly for Stereotactic Biopsy Tables. Sometime later, Siemens Medical purchased the rights and reintroduced the Mammotest system in 2007 with some minor changes. By this time, Hologic was able to take over market share and dominate the sales of new tables. Siemens was never able to gain ground and ended up stopping production of the systems and eventually selling the product to Mammotome.

Integrity Medical Service specializes in service, repair, and the sale of diagnostic imaging equipment and parts. We can offer the following plus much more: